In this post, we’ll compare the three Fire TV devices currently on the market: the FireStick, FireStick 4K, and Fire TV Cube (3rd Gen). This article’s goal is to assist you in selecting the best Fire TV streaming device for your needs.

The FireStick 2nd Generation, which was released in October 2016, is one of the most widely used streaming devices in the world. Amazon released an upgraded version of the FireStick (3rd Gen) with 4K support in October 2018, dubbed FireStick 4K or Fire TV Stick 4K.

In June 2018, Amazon released the first Fire TV Cube with built-in Echo Dot. However, this model has been phased out, and a new Fire TV Cube 2nd Generation has been available since October 2019.

The three devices we’ll discuss in this article are as follows:

We’ll compare the three devices based on speed and performance, storage, resolution, and video quality, audio support, Alexa integration and voice support, remote controller support, and pricing and value for money in the sections below.

I hope this comparison table aids you in selecting the best streaming Fire TV device.

The Fire TV Cube features a Hexa-core processor that combines Quad-core (2.2 GHz) and Dual-core (1.9 GHz) processing power. This device clearly outperforms the other two in terms of processing power. The Fire TV Cube, on the other hand, has more work to do with the built-in Alexa Echo Dot, which is always listening. It is, however, faster, and the difference is noticeable.

The FireStick 4K feels smoother with the same installed apps and settings.

Overall, the Fire TV Cube is the fastest, but the FireStick 4K performs admirably.

There is no difference in storage between the FireStick 2nd Gen and the FireStick 4K. Both have an 8GB storage capacity (almost one-third of which is reserved for the OS and preinstalled apps).

With the Fire TV devices, storage has always been an issue. The Fire TV Cube improves on this by increasing the storage capacity to 16 GB. However, even that, in my opinion, is not much.

That isn’t all, though. HDR 10 and Dolby Vision, which are the two most popular content formats these days, are also supported by the Fire TV Stick 4K and Fire TV Cube. These formats provide much richer and crisper colors, as well as significantly improved video quality.

Only buy a FireStick 2nd Gen if your TV can handle a maximum resolution of 1080p. If you have or plan to buy a 4K TV, I would recommend the FireStick 4K at the very least.

The Fire TV Cube is the same as the Firestick 4K.

Dolby Audio is supported by the FireStick 2nd Gen, but the surround sound is limited to 5.1. The FireStick 4K and Fire TV Cube, on the other hand, support Dolby Atmos with 7.1 surround sound, which is far superior.

If your audio output is limited to your TV’s speakers, you won’t notice much of a difference. If you have a better audio system, such as a home theater with Dolby Atmos support, the Fire Stick 4K and Fire TV Cube provide a noticeable improvement in audio quality over the FireStick 2nd Gen.

Yes, if you use an Alexa-enabled voice remote and the Fire TV app (free to download on iOS, Android, and Fire OS)

Yes, it’s the same as the Fire Stick 2nd Gen.

Any Fire TV device on the market now comes with Alexa built-in. You can ask Alexa to show you the weather forecast, locate nearby restaurants, open any app from the Amazon Store, play movie titles, assist you with your shopping list, and even tell you a joke.

All three devices come with an Alexa-enabled remote control. To get started with voice support, simply press and hold the Alexa (mic) button on the remote.

The Fire TV Cube, on the other hand, takes the voice thing to a whole new level. The Echo Dot and regular streaming hardware are combined in the Fire TV Cube. It has support for both near-field and far-field. You can tell Alexa what to do without having to lift the remote. Also, Echo Dot will hear you event if there is a lot of background noise.

You can also use Echo Dot to control your smart devices, such as smart lights, your TV, and a variety of others. The Echo Dot in the Fire TV Cube can also connect to IoT (Internet of Things) devices.

The built-in speaker on the Fire TV Cube allows you to use it without a TV.

If enhanced voice support is important to you, the Fire TV Cube is the device for you.

The remote for all three devices is identical right out of the box. The remotes also have the standard Navigation Ring, Select/OK button, Back, Home, Menu, Rewind, Play/Pause, and Forward buttons in addition to the Alexa button.

Infrared TV control buttons, such as Power ON/OFF, Volume UP/DOWN, and Mute, are also included on the remotes.

The TV control buttons were not included in the FireStick 2nd Gen controller when it was purchased a few months ago. All of the devices, however, have a TV control.

There are plenty of cheaper third-party remote controllers on Amazon if you’re looking for something less expensive. However, in my experience, the Amazon controllers work best with your Fire TV device.

With the Amazon Fire TV Remote app, you can also use your smartphone or tablet as a remote control. This app is available for Android, iOS, and Fire OS devices and is completely free. Keep in mind that the Remote app lacks TV controls.

Value for Money and Pricing

Despite the fact that the FireStick 2nd Gen is the least expensive of the three, I recommend the FireStick 4K. The 4K version is only $10 more and provides significantly improved video and audio quality. It also has a more powerful processor and more RAM.

Even if you have a non-4K TV with a maximum resolution of 1080p, I would recommend the FireStick 4K. When you upgrade your TV, you won’t have to buy a new device. Furthermore, even if the video resolution is limited to 1080p, if you have a Dolby Atmos compatible audio system, the Fire TV Stick 4K will provide a superior cinematic experience.

The Fire TV Cube is in a league of its own. This device is intended to provide a more futuristic (or, in some cases, nerdy) experience. It’s aimed primarily at those who enjoy the AI experience. The Fire TV Cube, with its built-in Echo Dot, faster processor, and more RAM, is clearly the most expensive.

Which one do you think you should get?

If I had to choose, I’d go with the FireStick 4K.

Many new features, such as Dolby Vision, HDR 10 support, and Dolby Atmos audio, are included for a $10 price difference. These characteristics aren’t just marketing gimmicks. They have the potential to make the difference between an average and an exceptional cinematic experience.

Only if you’re interested in advanced voice support and AI would I recommend the Fire TV Cube. Independent of the remote controller or TV, you can control smart devices and use the built-in Echo Dot. If that’s what you’re looking for, the Fire TV Cube is an obvious choice.

If streaming is the primary reason for purchasing a Fire TV device, the FireStick 4K is a good compromise between the FireStick 2nd Gen and the Fire TV Cube.

I hope I was able to assist you in selecting the best streaming device for your needs. Any or all of these devices are available for purchase on Amazon.com. Also, remember to bookmark FireStickTricks.com for all of your cord-cutting and troubleshooting needs. 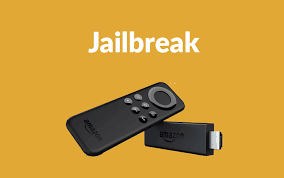 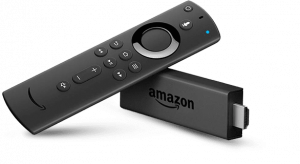