The best Kodi live TV addons are discussed in this article. The addons listed here are compatible with all Kodi devices, including FireStick, PC, Android TV, Android phones, and tablets.

I enjoy watching my favorite cable TV channel whenever I have the opportunity. The traditional method of watching TV through a cable connection, on the other hand, is only getting more expensive. As a result, I’m considering other options.

In recent years, live TV streaming over the internet has become more popular than it was previously. We’ve started cutting the cord and watching TV via the internet. Watching TV on internet-connected devices has become even easier and more convenient thanks to the live TV Kodi addons.

Kodi is a multi-purpose media player that can play content from local storage, on-demand content from the internet, and live television. If you’re new to Kodi, take a look at my Kodi beginner’s guide.

All you have to do to watch live TV on Kodi is find the right addon that allows you to stream your favorite channels. The question is, how do you find the best Kodi live TV addons? In recent years, the popularity of the Kodi media player has skyrocketed. There are literally hundreds of Kodi addons to choose from. Unfortunately, not all of the addons are fully functional. As a result, it’s difficult for us to find those who do.

We’ve hand-picked some of the most effective live TV addons for Kodi. I’ll show you how to watch live TV on Kodi in this article. Continue reading!

Users of KODI, take note: Before you go any further, read.

Kodi addons and builds provide limitless streaming content, but if you’re caught streaming free movies, TV shows, or sports, you could face legal consequences. While streaming online with Kodi, users are strongly advised to use a VPN. A good Kodi VPN hides your identity and protects you from government surveillance, geo-restricted content, and ISP throttling (which also helps in buffer-free streaming).

ExpressVPN, the fastest and most secure VPN, is what I use. It’s simple to set up on any device, including the Amazon FireStick. On its annual plans, you get three months free and save 49%. It’s also backed by a 30-day money-back guarantee. You can always request a refund if you are not satisfied.

Click HERE to get 3-months of ExpressVPN for free and save 49%.

Learn how to set up and use a VPN on Kodi.

7 of 9 is a very popular addon in the Kodi community. This addon, like Limitless, provides all-in-one streaming options. However, the 7 of 9 addon has more live TV options than Limitless.

To watch Live TV on 7 of 9, go to the main screen and select the IPTV category. When you do so, you’ll be prompted to install the Beat Quadrant – IPTV addon. You can watch live TV channels after installing this addon.

You can sort the channels into different categories, such as Movies, TV Shows, and more. This addon’s IPTV section also has a country-based channel selection.

You can also look through categories such as Entertainment, Kids, Sport, Documentary, Music, News, Food, and others.

Additional addons, such as TV-TAP and Swift Streamz, are required for some of these categories.

Installing the 7th of 9 addon on Kodi

SportsDevil is consistently ranked as one of the best Kodi addons for watching live TV. It has a massive collection of channels from nearly every country on the planet. The addon’s name implies that it is all about sports. True, SportsDevil devotes a significant portion of its content to sports. It has two separate sports sections on the main screen: Live Sports and Sports TV. SportsDevil, on the other hand, is about more than just sports.

A ‘Live TV’ section is available, as well as a ‘ShadowsNet.ro (World TV)’ category. The World TV section of this addon allows you to watch live TV channels from the United States, the United Kingdom, Germany, Italy, France, and other countries.

SportsDevil is available from the Kodil Repository. You may also find SportsDevil in almost all of the other major repositories, such as Supremacy, Maverick, and the UKTurk Addon Repository. However, Kodil appears to have the most recent version of this addon, which is why it is the best place to get SportsDevil.

How to Setup SportsDevil Addon on Kodi

The J1TV addon provides a variety of ways to watch live TV from around the world, including popular English channels.

The addon’s main screen lists a number of categories in which various channels are organized.

While there are numerous categories to choose from, not all of them are appropriate. In many of the main screen categories, you may encounter a YouTube error. You’ll have to experiment with different categories to see which one works best for you.

Some channels will not work without the VPN, so it is recommended that you turn it on.

iPlayer WWW is a free live Television and on-demand addon that allows you to watch BBC iPlayer content from around the world. This addon is available for download from the official Kodi Add-ons Repository.

To use this addon, you must first create a free BBC account at https://www.bbc.co.uk/iplayer.

Furthermore, BBC iPlayer is only available in the United Kingdom. You’ll need a VPN to access iPlayer WWW from outside the UK. To watch iPlayer WWW from the united States and any other country, I recommend using ExpressVPN and connecting to a UK server.

On Kodi, how do I install the iPlayer WWW addon?

The Catch Up TV & More addon allows you to watch a limited number of live and recorded TV shows. Streaming options are available from a variety of countries, including the United States, the United Kingdom, France, Poland, and others.

This addon can be found in the Kodi Add-ons Repository, which is the official repository for Kodi.

Only the free channels available for legal streaming are available through Catch Up TV & More. CBS News, ABC News, PBS Kids, and other news organizations are featured in the US section. Depending on availability, channels may be removed or added at any time.

Kodi Add-ons Repository is the source of this information.

Xumo TV is a well known streaming service that offers both on-demand and live TV content for free.

It’s a legal, ad-supported app that allows you to watch channels like NBC News, Fox Sports, Bloomberg, and others. Registration is not required to watch Xumo TV. You can immediately begin streaming.

Even though Xumo TV is only available in the United States, you can use a VPN to connect to a US server and watch it from anywhere.

Apps for FireStick, Android, iOS, Roku, and other devices are available from Xumo. They also have a free Kodi add-on. This addon is available for download from the official Kodi Add-ons Repository.

Pluto TV is another  legal addon that allows you to watch a wide variety of TV channels from the United States and other countries for free.

Pluto TV can be viewed without registering. Pluto TV, on the other hand, is available on a variety of platforms, including FireStick, Android mobile devices, iOS, and more.

It is recommended that you create an account and login to the addon if you intend to use it on multiple devices. You’ll be able to sync your streaming activities across all of your devices this way. Also, if you are not signed in, some of the options may not work.

Pluto TV is ad-supported and allows you to watch CNN, Sky News, MTV, NBC News, NFL, and other popular channels.

NewsOn is  the best live TV addon for Kodi to have if you like to stay tuned to local news through local channels in the United States.

NewsOn is a free news addon that is supported by advertisements. Almost all states and regions have local news available. It has  175 local stations from 114 regions.

In addition to the live stream, NewsOn allows you to watch the news broadcast for up to 48 hours after it has ended.

NewsOn is a legitimate service that can be downloaded from the Kodi Add-ons Repository. A free FireStick app is also available from the service.

The cCloud TV addon gives you access to dozens of live programs as well as a wide variety of TV channels from the United States and the United Kingdom. It is without a doubt one of the best live TV Kodi addons available. You can watch live TV content on Sports, News, Lifestyle, Music, Movies, TV Shows, and much more right here. It also has a section called ‘Non-English/International,’ which allows you to watch channels from all over the world. Give cCloud TV a try if you’re looking for high-quality live TV content. cCloud is available from the Kodil repository.

To get started, go to the main screen of the addon and click the Live TV option to see what’s available.

Limitless has organized channels into easy-to-understand categories. Some of the categories in the addon may require the installation of additional addons before they can be used.

While many channels are available, many do not stream in HD. However, given the limited number of live TV addons available, I still believe Limitless is a good option for watching live TV on Kodi.

On Kodi, how do you install the Limitless addon?

I’d like to warn you before you start streaming with Kodi Addons / Builds that everything you stream on Kodi is visible to your ISP and government. This means that streaming copyrighted content (free movies, TV shows, and sports) may result in legal action.

While streaming on Kodi, users are strongly advised to connect to a VPN. ISP throttling, government surveillance, and geo-restrictions on popular Add-ons can all be bypassed with a VPN for Kodi. I use ExpressVPN on all of my streaming devices and recommend that you do the same.

ExpressVPN is the fastest and safest VPN available. A 30-day money-back guarantee is included. Meaning, you can use it for free for the first 30-days and then request a full refund if you are not satisfied with the results (which is highly unlikely).

NOTE: We do not condone the infringement of copyright laws. But what if you unintentionally stream content from an unauthorized source? It is not always easy to distinguish between a legitimate and an illegal source.

So, before you start streaming on Kodi, follow these three simple steps to get VPN protection.

Step 2: Download and install the ExpressVPN app on your device by going HERE.

Step 3: To connect to a VPN server, click the Power icon. That is all there is to it. With the fastest and best VPN for Kodi, your connection is now secure.

As a result, we’ve compiled a list of the best Kodi live TV addons for the year 2021. There are, without a doubt, many more out there. However, the goal is to find addons that are truly useful. It’s pointless to go through the trouble of installing an addon only to discover it doesn’t work. Each of these addons has been personally installed and tested for streamability. Please note that I have yet to find a Kodi live TV addon that can play 100% streams all of the time. The addons I listed above, on the other hand, have more streamable links and work better than the others. I’ll be sure to update this list if I come across any new, useful live TV Kodi addons. If you come across any new addons, please let us know in the comments section below. Thank you for taking the time to read 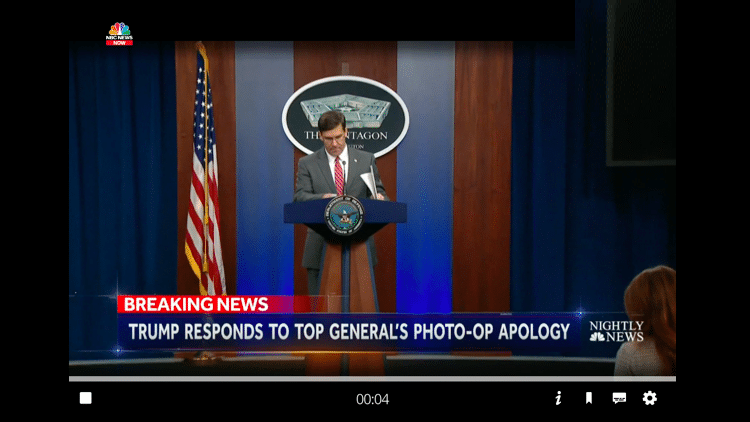 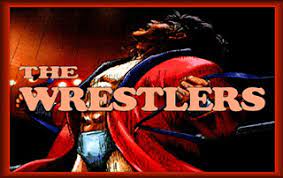 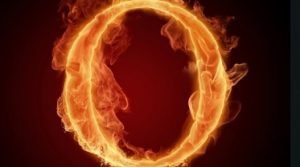 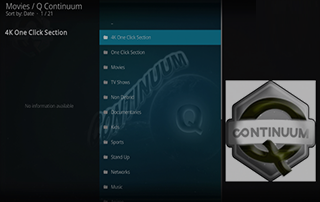 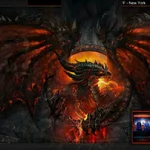